The Bank of Commerce and Trust Company, formerly known as the National Bank of Commerce, can trace its roots to the oldest bank in Wellington, the Woods Bank. In October of 1873 Mr. John J. Woods opened the Woods Bank at the southwest corner of Washington and 7th Streets in a frame building. For several years, the Woods Bank continued to grow and prosper. However, in 1881, a fire destroyed most of the west side of the 100th block of N. Washington including the frame building known as Woods Bank. It was at this time that Mr. Woods determined that the city of Wellington should shed its western cowboy appearance, and he decided to construct a building to last generations. In the spring of 1882, a new block bank building was built on the same location (Washington and 7th Street) as the previous frame building.

The National Bank of Commerce was formally organized on July 24, 1906 by E. B. Roser, George Harbaugh and George Robinson. The bank opened for business on the southwest corner of Washington and 7th Streets (J. C. Penny, Stage Building and now Beehive Quilt Shop) on December 3, 1906 in the former Woods Bank building with total capital of $50,000. Mr. George W. Robinson served as President, Mr. E.B. Roser Vice-President, Mr. Charles P. Hangen Cashier and Mr. Amos A. Belsley as Assistant Cashier. The Bank remained in this location until a fire destroyed the building on February 1, 1909.

Due to the February 1, 1909 fire, the National Bank of Commerce moved several times on Washington Street until converting the Spahr Store and the first floor of the Arlington Hotel for bank use on the northwest corner of Washington and Harvey. The confluence of Washington and Harvey streets would be known as the “banker’s intersection” with the J. C. Smith Clothiers building on the southwest corner as the only non-bank. 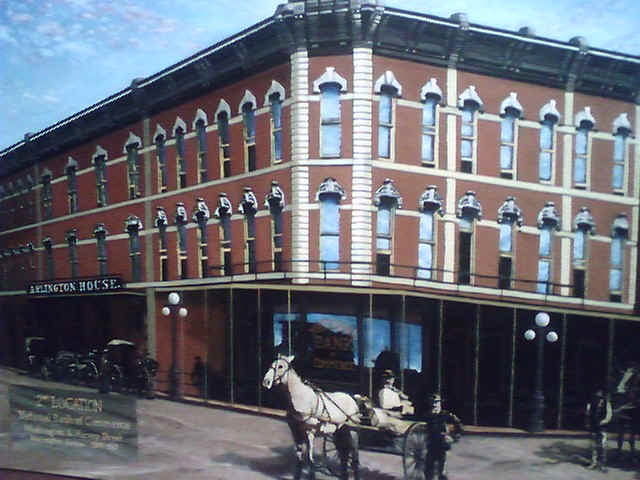 The National Bank of Commerce was housed in the Commerce Building, or Arlington Hotel Building as it was also known (today The Gold Corner), from 1909 until 1967. The building had two major remodels with the last major remodel in 1959. The 1959 remodel added a drive-up facility at 109 W. Harvey on the west side of the bank using the alley coming from the north as a drive-up lane.

In 1967, to keep pace with modern banking practices, George Harbaugh and the Directors of the National Bank of Commerce decided that a new building would be needed. Mr. Marvin P. Jones an architect in Wichita was hired to design the building and the Reynolds Construction Company was hired as the general contractors to construct the building. The National Bank of Commerce building was designed using "brutalist architecture style" while also incorporating the "Prairie School of Architecture" popularized by Mr. Frank Lloyd Wright. 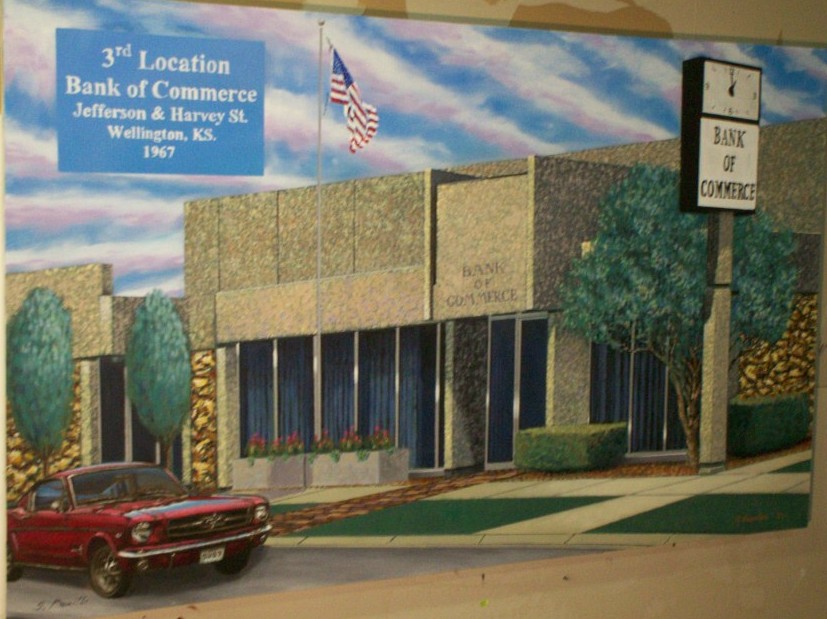 With the retirement of Mr. Ford Harbaugh, whose law firm occupied the west half the of the bank, the bank was able to expand its footprint to the west. This expansion required cutting through 13 inches of concrete to create a door to the law offices. This addition to the Bank of Commerce building added three offices as well as a new restroom to better serve the growing needs of the community.

In 1998, as the bank continued to grow in assets, the Bank of Commerce building expanded west again with the addition of two C suite offices. This expansion went as far west as possible on the original lot. The bank also purchased the Dr. Ward Cole house and land laying to the north of the bank’s property line. The house was removed and the property is now used for employee parking.

As the bank continued to grow and prosper additional offices were added to the north of the 1999 addition in 2016. This new addition added a conference room, two offices, updated bathroom facilities and an additional exterior entry way to allow for future expansion.

In 2018, the Bank of Commerce purchased the assets and liabilities of the Freeport State Bank located in both Harper and Anthony, Kansas.

In 2019, the Bank of Commerce remodeled the historic First National Bank of Harper building, built in 1917, that housed the Security State Bank from 1917-1934 and the First National Bank of Harper from 1934-1996. This downtown facility was also where W. C. Long, Jr. got his start in banking as a member of the FNB Harper bank board from 1954-1969. In 2020, signage and upgrades were added to the building with additional remodeling anticipated in the future.

The Bank of Commerce’s Board of Directors, Mr. J. C. Long Chairman, Mrs. Carol V. Long, Dr. Allan Helsel, Mr. Mike Drouhard, Mr. Jeff Jelinek, Mr. Colby Zeka and Advisor Directors Pat Kerschen and Jim Kelly along with the Officers and Employees are thankful to our communities for their support and patronage. We are pleased to remain a Kansas owned, Kansas operated, independent community bank. Our commitment is the same today as every day, to provide modern-day services with old fashioned courtesy and concern for our customers, clients, friends, and neighbors.

The Bank of Commerce is currently owned by Tri-County Financial Corporation whose Chairman is Mrs. Carol V. Long. Mr. J. C. Long serves as Vice-Chairman, President and CEO of Tri-County. 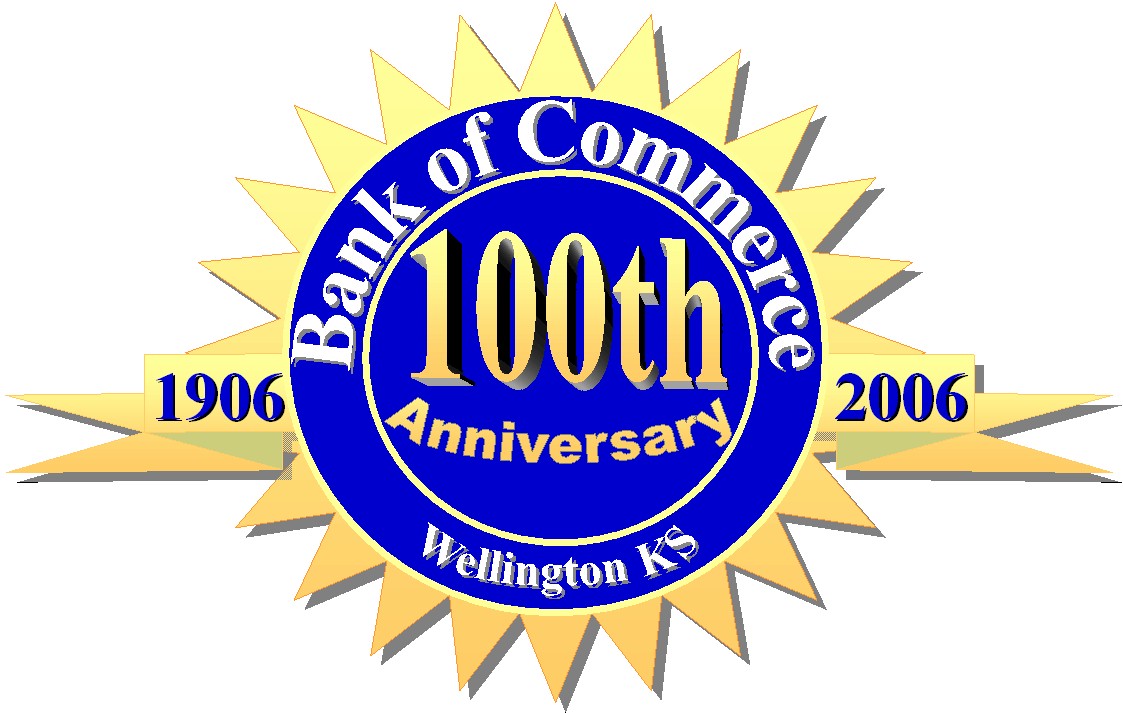